Warning: "continue" targeting switch is equivalent to "break". Did you mean to use "continue 2"? in D:\tanduleisurehotel.com\wwwroot\blog\wp-content\plugins\all-in-one-seo-pack\modules\aioseop_opengraph.php on line 844
 Top 5 Spices of Munnar | T & U Leisure Hotel Munnar
tanduJune 27, 2018July 14, 2018 best places in munnar, hotel in munnar, tea plantations, Top 5 spices of Munnar No Comments
Munnar is such a beautiful place in Kerala, which cannot be portrayed in a single canvas. Everything and anything here will make us excited. Munnar got its name from its strategic location at the confluence of three rivers – Muthirapuzha, Nallathanni and Kundala Rivers. The refreshing breeze, mountains covered with mist and acres of tea plantations, beautiful valleys and mud roads between tea gardens and some adventurous ride through the hairpin curves would definitely be enthralling to anyone, and that is exactly why Munnar is one among the most loved hill stations in India and Munnar Tourism is well known. 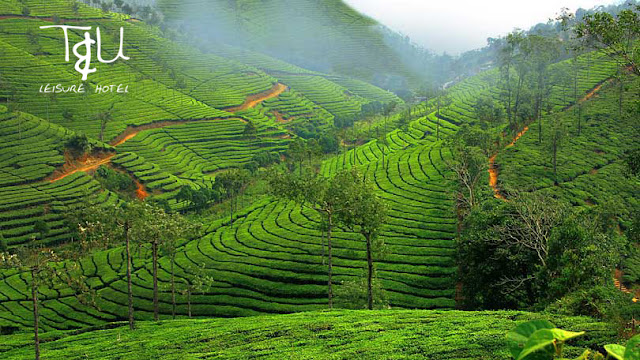 It is set at an altitude of 6000 ft in Idukki district. The beautiful sights of acres and acres of lush green tea plantations will make us realize that we have at last reached Munnar and of course, the place is so much known for its tea estates. You can go for nature walks, bird watching treks, taste the various spices and breathe in the fragrant air while exploring the spice plantation in Munnar. The major varieties of spices cultivated in the spice plantation of Munnar are ginger, garlic, cardamom, vanilla, pepper, cinnamon, coffee, tea, clove and nutmeg. 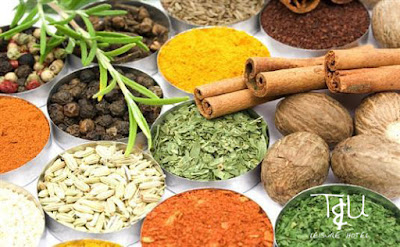 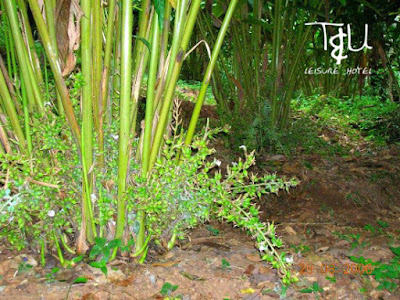 Cardamom plays a very distinct role in Kerala cuisine. Cardamom and its powder are used as flavouring agents for almost all baked food items. Cardamom combines an exotic aroma with luxurious flavour, giving it the well-deserved nickname ‘queen of spices’.
A cardamom plant normally starts bearing capsules from the third year of planting. The harvested capsules are rubbed on the wire mesh and polished before they are graded and stored in polythene-gunny bags to retain the green colour and to avoid exposure to moisture. 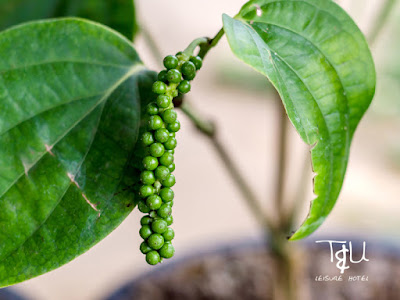 The pepper plant grows best in a warm and humid climate. Berries mature and are ready for harvest in about 180 to 200 days. The single-seeded fruits grow spirally on fleshy pedantries. The fruit is spherical in shape and green in colour, which turns red on ripening. Pepper is a good preservative which is used in baking, pickling, canning and for preserving meat. 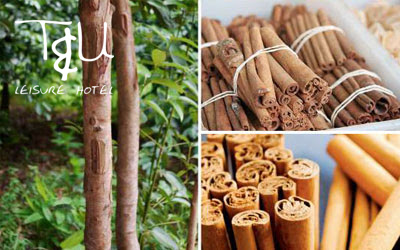 The Kerala variety of cinnamon is next only to the original Sri Lankan variety. The spice is obtained from the inner bark of the Cinnamon tree, which is native to Southeast Asia. Cinnamon with its delicate aroma and spicy flavour is an essential ingredient in ‘curry masalas’ of India.  Around the world, it is a more popular ingredient in pastries and puddings. 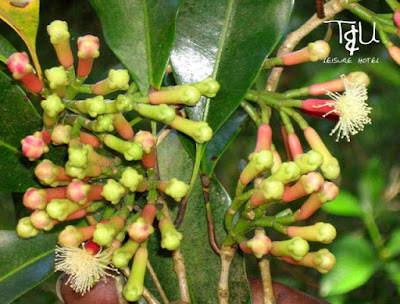 Clove is the unopened flower bud obtained from the tree which is later sun dried. It takes around seven years for a tree to start flowering and it would live for around 80 years. Clove, wholly or in powder form, is used as a flavouring agent for culinary purposes in several countries. Interestingly clove goes well with both sweet and savoury dishes. It is the main preservative and flavouring agent for the meat dishes.

Nutmeg is the dried kernel of the fruit. The fleshy fruit is spherical in shape and pale yellow in colour. When the fruit matures, it bursts open exposing the bright red mace that covers the hard black seed.  Nutmeg oleo-resin is used in the preparation soups, sauces, confectioneries and baked foods. Nutmeg has high medicinal value with its aphrodisiac, stimulant, carminative and astringent properties. Nutmeg oil is also used in the manufacturing of cosmetics.
For more details about the spices of Munnar visit T & U Leisure Hotel, Munnar.
LABELS: BEST SUITE HOTELS IN MUNNAR HONEYMOON RESORT IN MUNNAR LUXURY ACCOMMODATION IN MUNNAR HOTELS LUXURY STAY IN MUNNAR MUNNAR ACCOMMODATIONS RESORTS IN MUNNAR VISIT : WWW.TANDULEISUREHOTEL.COM
hotels in munnar, munnar attractions, spices in munnar